–  There aren’t any ugly stretches on the North Shore.

–  Autoroute 40 is close to highway 138, and drains most of the traffic, so highway 138 mostly carries local traffic.

–  The North Shore route is about 20 km shorter.

–  There is a nice city to visit at mid point: Trois-Rivières.

The scenic road is in lavender and a suggested quicker route is drawn with lavender dashes.

The “Rather direct road” as traced on Gmap Pedometer ici.

For a nice ride out of town, this route minimizes the ugly sections:

–  Turn left (Eastbound) on Notre-Dame Street (which is quite nice) : use the trail which is on the South side of Notre-Dame street, either on Bellerive street or in the park along the shore of the River.

–  Continue all the way on Notre-Dame Street.

–  Leave the island via the Le Gardeur bridge.

Alas, cyclists are required to use the bike trail/sidewalk located on the Southern side of the bridge. The lane is wide enough and there are very few pedestrians. It is maintained in Winter.

–  From highway 138 (Notre-Dame Street), turn left at the last signal before the bridge (Notre-Dame-des-Champs Street), and use the South service road. Accessing the bridge will be evident.

–  On the Western side, either continue on the service road until it rejoins Notre-Dame Street 500 m away (you see the signal from the bridge), or cross immediately Notre-Dame (especially if you want to use Sherbrooke Street or Gouin Boulevard).

Sherbrooke Street is 4 to 6-lanes wide and the right lane is usually wide enough. A 2-km stretch East of George-V is quite bumpy and, a few kilometress East, a 3-km stretch is a bit narrow. However, except at rush hour, traffic is not too heavy for an arterial. Sherbrooke street goes on all the way... until it reaches the Le Gardeur bridge.

–  Use the Le Gardeur bridge to exit the island.

This Road is almost as quick as the previous one. the route shown adds only 0.5 km and a few traffic lights, but is more enjoyable, so it is what I recommend to the cyclist who wants a relatively quick route out of town.
From downtown:

–  Use Hochelaga Street all the way from Frontenac to Iberville to the end.

When it ends (in Montréal-Est), turn right on Lakefield Street, then left on Notre-Dame Street.

–  Continue until you reach the end of the island.
Leave the island via the Le Gardeur bridge which will be right in front of you.

Between Montréal and Trois-Rivières 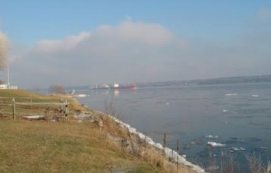 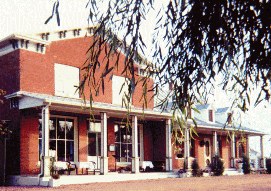 (from website: magasin général LeBrun, on Pied-de-la-Côte road, between Saint-Barthélémy and Maskinongé)

The direct recommended route is to follow highway 138 all along.

You will have to endure Repentigny (no problems, just a boring suburbia), but then the road becomes a nice relatively old road, with a mixture of small farms, cottages, old houses and villages.

In Lanoraie and Lavaltrie, you will notice an older-looking winding street closer to the shore of the River. It's a nice alternative, especially when going East: more relaxed pace, less highway noise... Likewise, in Berthierville, the older highway that spurs into the village is nicer than highway 138.

From Berthierville to Pointe-du-Lac, highway 138 goes inland. (the shores of Lake Saint-Pierre are swampy, so there aren't any roads close to the lake). From Berthierville to Yamachiche, the road is a fairly straight and a bit boring one (good for fast riding), but the towns of Louiseville and Yamachiche have very nice houses to look at. There are almost no services in Maskinongé, and lots in Louiseville.

The road gets close to the river again in Pointe-du-Lac (now officially part of Trois-Rivières), with a few nice vistas. In Pointe-du-Lac, continue on highway 138 rather than on Véloroute 5). There is a short section on a narrow road without shoulders, but traffic isn't too fast. Besides, things are improving, I'm told. Vistas are quite nice on highway 138, as there is a nice succession of somewhat extravagant houses and old cottages side by side.

–  A nice alternative East of Berthierville is to follow signs for the Véloroute #5. It basically sends you on the first version of highway 138, closer to farms and to a few small rivers. Pavement is a bit harsher, so your average speed will suffer... but aren't you touring? Don't do that in the towns of Louiseville and Yamachiche, however, because these signs will send you in a series of needless detours. 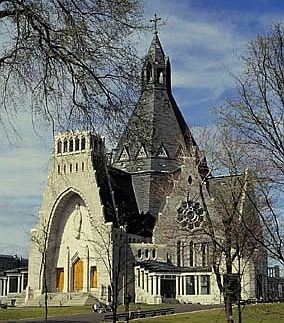 Take your time in Trois-Rivières. Use Notre-Dame West, Gene-H-Kruger (both aligned) and Notre-Dame Centre streets to enter the city; the historic part and the nice buildings and museums will be visible from there.

If you look for things to visit, the Tourisme Mauricie and Tourisme Trois-Rivières websites should give you plenty of ideas. You could visit:

–  les Forges du Saint-Maurice (a 2 x 10-km side trip well worth it if you like anything historical -- travel along boul. des Forges),

–  the port area or Saint-Quentin island (nice places for a picnic).

Leave the central section of Trois-Rivières via the Duplessis bridge (highway 138 East).

When you enter in the borough of Cap-de-la-Madeleine, turn right at the first or second traffic light onto Notre-Dame East street, and continue it to the end. You'll get a more scenic road than highway 138. You could visit:

–  the (Basilique Notre-Dame-du-Cap(you will cycle right in front of it).

Continue all the way on Notre-Dame Street until it joins again #138.

Note : The Laviolette bridge (on the Saint Lawrence river, in Trois-Rivières) is off limits to cyclists, alas.

Again, the road itself is ordinary but in good conditions. But villages all the way are quite scenic.

Champlain and Batiscan a very nice historical village. If the Champlain church (an English Summary is accessible at the bottom) is open for visits, look at its windows and the wonderful floor. Just West of Batiscan, the historical presbytry is usually open for visits throughout Summer. There are two narrow bridges with metal structure. The one West of Champlain is short, with asphalt and actually fairly dangerous because car drivers don’t slow down; the one East of Batiscan is long, with a metal deck, but very nice because car drivers take it slowly.

Right on highway 138 in the village of Deschambault, there is a sweet restaurant-bakery that serves wonderful sweets and, if my memory is right, some main-course meals. It is in the centre of the village, in an ancestral house located on the South side of the street (to your right when travelling toward Québec City).

In Donnacona, the detour on the old highway is worthed (it will be on your right and is signed for the "Passe à saumons", and a picnic along the Jacques-Cartier river is nice.

The road becomes a bit more scenic East of Donnacona.

From Saint-Augustin-de-Desmaures to Québec city, there are much nicer inroads than the #138 -- boulevard Hamel. Riding through Cap-Rouge and accessing the old City via Saint-Louis Blvd. would be nice.